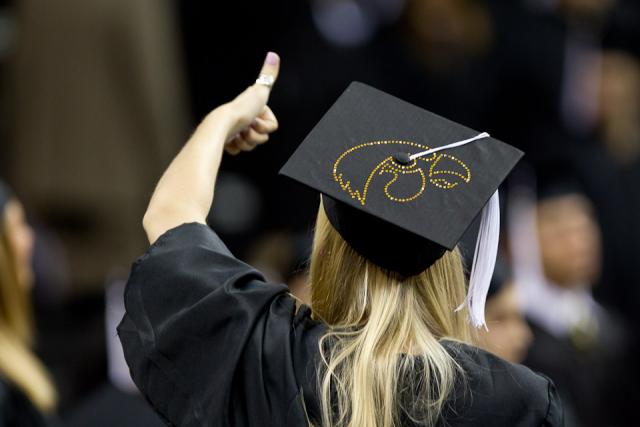 There’s nothing scarier to an undergrad than being asked: “what do you plan on doing after graduating?” Choosing a major is just one step on the road to the rest of your life, and no one knows that better than Kymanox’s own Principal Project Engineer, Terry McDonald.

Terry, a University of Iowa alumni, spoke at the University of Iowa’s student chapter of the American Institute for Chemical Engineers (AIChE) seminar this week, giving guidance, counsel, and wisdom that could only be amassed through his years of experience and adventures in the industry. The members of the AIChE are all students majoring in chemical engineering at the University of Iowa who are in the second semester of their sophomore year or further and must take an active role in the chapter’s meetings as well as complete a professional enhancement activity each semester to supplement their chemical engineering education. These are students that have devoted themselves to their studies and are looking for industry leadership as they prepare to enter the workforce.

Terry spoke among other Chemical Engineers that are forefront leaders in a huge range of businesses, including Tim Dwight, the President of the Iowa Solar Energy Trade, Danielle Roseland, a Program Coordinator for the Pollution Prevention Services, as well as Sharon Tinker, a retired ExxonMobil engineer. The AIChE showcases the variety of paths that a Chemical Engineering degree can take graduates, proving the versatility and utility of their choice in major.

Terry has spoken for many years at the AIChE undergraduate seminars and while his presentation has evolved, he says that he always tries to cover “what I would be doing on a day-to-day basis (the job), year-to-year (career growth and paths), and why?” He knows that there are a lot of options for new Chemical Engineers – pharma, petrochemicals, environmental, energy, and more – and by working with the students, getting to know them and their work experience, Terry is able to place University of Iowa Chemical Engineers not only at places that he himself has worked, but also at other pharma companies.

This year, Terry’s lecture, From Big Pharma to Contract Engineering in Big Pharma – Why I Should Have Done Contract Engineering When I Graduated, was one of many talks that will demonstrate to AIChE members that they don’t have to be afraid of answering that age-old question, “what do you plan on doing after you graduate?” After all, graduating isn’t the endpoint. It’s just the beginning.

This website uses cookies to improve your experience while you navigate through the website. Out of these, the cookies that are categorized as necessary are stored on your browser as they are essential for the working of basic functionalities of the website. We also use third-party cookies that help us analyze and understand how you use this website. These cookies will be stored in your browser only with your consent. You also have the option to opt-out of these cookies. But opting out of some of these cookies may affect your browsing experience.
Necessary Always Enabled

Any cookies that may not be particularly necessary for the website to function and is used specifically to collect user personal data via analytics, ads, other embedded contents are termed as non-necessary cookies. It is mandatory to procure user consent prior to running these cookies on your website.